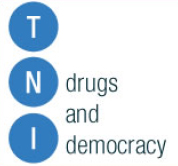 Washington, D.C.—This Friday, May 17, in Bogotá, Colombia, Organization of American States (OAS) Secretary General José Miguel Insulza will present Colombian President Juan Manuel Santos with the outcomes of the hemispheric drug policy review that was mandated by the heads of state at the 2012 Summit of the Americas in Cartagena.

Representatives of the International Drug Policy Consortium (IDPC), the Transnational Institute (TNI), and the Washington Office on Latin America (WOLA) will be in Bogotá on May 17 and available for comment before and after the report’s release. WOLA Senior Associate John Walsh and the Coordinator of TNI’s Drugs and Democracy Program, Martin Jelsma, both participated in the scenarios report described below.

At the Cartagena Summit last year, the region’s leaders expressed their frustration with the ineffectiveness and high costs of current drug control policies and tasked the OAS with producing a report designed to stimulate debate on options for improving policies. The study to be unveiled on Friday represents the culmination of the OAS-led review.

If the review is to fulfill its purpose, the new study should enrich the already-vibrant hemispheric debate over drug policy alternatives, including the option of legal, regulated markets for cannabis.

The new hemispheric study comes as the debate over drug policy alternatives is advancing at the local and national levels. In the United States, Colorado and Washington have already voted to legalize and regulate cannabis, and in Uruguay, the parliament is debating a bill that would legalize and regulate that country’s domestic cannabis market.

The OAS study to be unveiled this week should further propel the debate in key upcoming international forums:

Background
The heads of states of the Americas, while gathered in April 2012 at the Sixth Summit in Cartagena, Colombia, chaired by President Santos, entrusted the OAS with the task of preparing materials for a hemispheric debate about the disappointing results and worrying consequences of current drug policies in the Americas and to explore new approaches for responding more effectively to the problem.¹ Under the leadership of OAS Secretary General Insulza, the review process was intended to identify the strengths, weaknesses and challenges of drug control policies in the region. One year later, two interconnected reports will be presented: an analytical document looking at current trends, practices, and policy challenges; and a scenarios report, considering different possibilities about how policy might evolve in the future and the results that could be expected with each model towards 2025.