The Beyond the Wall Campaign

WOLA’s strategy to defend human rights and migrants in the Trump era.

President Trump’s anti-immigrant policies have cruelly and needlessly torn apart families, sought indefinite detention of migrant parents and children, and denied people fleeing violence their legal rights to apply for asylum at the U.S. border. The stakes are incredibly high, and WOLA is fighting back.

We respond to demagoguery and misinformation with facts and research from the ground and strategic advocacy in Washington. This administration’s policies will affect human rights in the Americas for generations to come. Now is the moment to act. We will hold them accountable.

Following the U.S. 2018 midterm elections, read the latest on what we’ve accomplished and what’s next for the campaign.

WOLA is employing a four pronged approach to respond strategically and effectively to the harmful policies of the Trump administration:

Putting an end to the cruel policies of child separation and family detention. Working with partners on the ground, WOLA investigates and exposes abuses against migrants, asylum seekers, and deportees at the border and throughout the region.

Defending the right to seek asylum and helping asylum seekers make their case by providing lawyers with expert research and on the root causes driving migration from Central America.

4. Saving U.S. aid to Central America to tackle the root causes of migration

Advocate for continued, robust, accountable, and transparent U.S. aid to Central America focused on tackling corruption and bolstering the capacity of police and justice systems to prevent and reduce violence and insecurity. The creation of safer communities with greater respect for human rights would address the root causes of migration and the reasons why people are forced to migrate.

Financial support from people like you is what allows WOLA to be effective and strategic in our advocacy. This is a dire moment, but WOLA has a proven track record in the worst of times, and we are committed to defeating policies based in bigotry that ruin countless lives. By joining the Beyond the Wall Campaign, you are taking action to protect human rights and vulnerable families.

Thanks to the incredible support of the Beyond the Wall Campaign, we’ve stopped many of the worst policies put forth as part of the “zero tolerance” agenda.

– WOLA’s advocacy helped prevent funding for a wasteful border wall and a harmful build-up of apprehension and deportation forces within Immigration and Customs Enforcement (ICE) and the Border Patrol;

– WOLA investigated and exposed abuses against migrant children and families at the border and on their journey through Mexico to shine a light on just how inhumane and unworkable this administration’s “zero tolerance” policies are, producing three timely and hard-hitting reports from their on-the-ground investigation;

– WOLA’s reach and advocacy helped prevent major cuts to U.S. assistance to Latin America despite the Trump administration’s demands in the FY17 and FY18 budget requests. Instead, critical assistance which helps address the root causes of migration, was maintained with strong human rights conditions placed on the funds.

See some of WOLA’s latest expert analysis and research

A National Shame: The Trump Administration’s Separation and Detention of Migrant Families

How to Make a Difference

WOLA does not accept U.S. government funding, and will rely on individuals and private foundations to support this essential advocacy. WOLA must secure $1.5 million to fully implement the Beyond the Wall Initiative for the next two years.

Make a one time or monthly contribution online now

Support WOLA throughout the year. Choose “make my donation monthly” on the online giving form

Make an annual gift of $1,000 or more. Learn more about the benefits of joining the council

Click here to learn about all the ways you can make a difference.

Our experts on Border Security, Migration, and Central America Geoff Thale is the Interim President at the Washington Office on Latin America (WOLA), a leading research and advocacy organization advancing human rights in the Americas. He follows hemispheric trends as well as U.S. policy toward the region, and works… 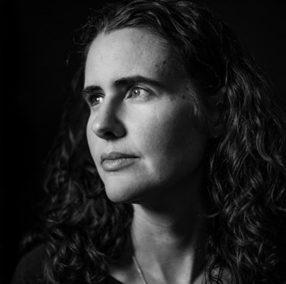 Director for Mexico and Migrant Rights 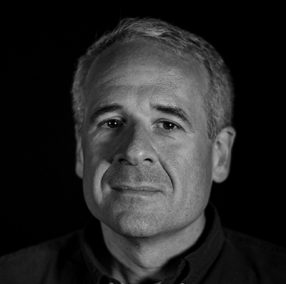 Adriana Beltrán leads WOLA’s Citizen Security Program, focusing on violence prevention, and police and judicial reform in Central America. In addition to her work on citizen security, Ms. Beltrán has worked extensively on human rights and organized crime, particularly in…