Geoff Ramsey is WOLA’s Director for Venezuela, and coordinates the program’s research and advocacy in Washington. He is a leading expert on Venezuela’s political crisis, and has traveled regularly to the country since 2014. He is in close contact with key actors working for an end to the crisis in Venezuela, both inside and outside of the country.

Mr. Ramsey advocates for policies that advance a peaceful, negotiated solution to Venezuela’s crisis, that address the urgent humanitarian needs of the Venezuelan people, and that support a humane response to the unique needs of Venezuelan migrants and refugees. In addition to authoring a number of reports and commentary pieces for WOLA and the Venezuelan Politics and Human Rights blog, his work has been cited or published in the New York Times, Wall Street Journal, Washington Post, Foreign Policy, and other major media outlets.

Before joining WOLA, Mr. Ramsey carried out consulting work as a researcher for the Open Society Foundation’s Latin America Program. His work involved monitoring civil society advocacy for and implementation of 2013 drug policy reforms in Uruguay, where he lived for two years. Prior to that he lived in Colombia and Brazil, where he researched and reported on regional insecurity issues for InSight Crime.

B.A. in International Studies from American University, Minor in Spanish

Weeks after #Venezuela's government and opposition agreed to create a $3B humanitarian fund, it still isn't up and… https://t.co/7RYOEUEyDp The Search for Justice in Venezuela

The Venezuela Briefing: Venezuela’s Oil Sector and a Potential Shift in U.S. Policy 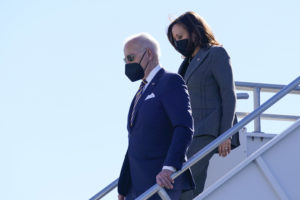 The Venezuela Briefing: A New Effort to Mobilize Venezuelans in the United States