Coletta Youngers is a Senior Fellow and leads WOLA’s women and incarceration project, which seeks to dramatically reduce the number of women in prison in Latin America and promote gender-sensitive drug policy reforms. She served for many years as a consultant with WOLA’s drug policy reform project and also participates on behalf of WOLA in the Research Consortium on Drugs and the Law (CEDD).

In addition to her work at WOLA, she is a Senior Associate with the International Drug Policy Consortium (IDPC), and International Outreach Coordinator for the US-based National Council of Incarcerated and Formerly Incarcerated Women and Girls. She is on the Advisory Council of Penal Reform International and serves on the Asamblea General (Board of Directors) of the Colombian human rights NGO, Dejusticia.

Ms. Youngers is co-editor of Drugs and Democracy in Latin America: The Impact of U.S. Policy (2004), which was described in the Journal of Politics as “a well-researched project that cogently discusses the international and domestic contexts and provides a comprehensive and reasoned account of problems in current U.S. drug policy.” Also published in Spanish, the book has been widely quoted by researchers and has been used by university professors across the country. She is also the author of the books, Violencia Política y Sociedad Civil en el Perú (2003) on the Peruvian human rights movement, and Thirty Years of Advocacy for Human Rights, Democracy and Social Justice (2006), on the history of WOLA (also available in Spanish). She is the author of numerous book chapters and has published extensively in U.S. and Latin American research publications and media.

From 1987 to 2003, she was on the WOLA staff, and was responsible for work on the Andean Region and drug policy. She also founded and until 2003 directed WOLA’s Drugs, Democracy and Human Rights Project. Prior to joining WOLA, Ms. Youngers was a project manager at Catholic Relief Services and on the editorial staff of Latinamerica Press/Noticias Aliadas, both in Lima, Peru. She earned a Masters’ Degree in public affairs at Princeton University’s School of Public and International Affairs. 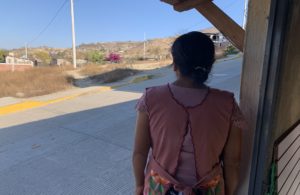 Electronic Monitoring: A New Form of Punishment for Many Women

COVID-19: A Potential Death Sentence for Women Behind Bars in Latin America

Debating the Future of Alternative Development

Book Event: The Origins of Cocaine

Coletta In The News

Seven global trends to watch in 2019