After over half a century of violence, Colombia ended the longest running internal armed conflict in the Western Hemisphere when it ratified the 2016 peace accord with the guerillas of the Revolutionary Armed Forces of Colombia (FARC).

This remarkable achievement lays out a roadmap that addresses several of the structural issues responsible for generating conflict including inequality, land distribution, political participation and illicit drugs.The accord is innovative in its integration of victims’ rights and the field of transitional justice. It is the first peace accord to fully integrate gender, women’s and LGBT rights, and Afro-Colombian, Palenquero, Raizal and Indigenous rights.Afro-Colombian and indigenous populations, who are disproportionately affected by violence and displacement, negotiated an integration of their rights into the final accord.

Political polarization and internal resistance by political actors opposed to the peace has slowed the implementation of the FARC peace accord. Colombia also confronts serious security challenges posed by other illegal armed groups including the ELN guerillas, successor paramilitary groups and criminal armed actors linked to illicit economies. Most affected by on-going insecurity are social leaders, human rights defenders and Afro-Colombian, indigenous and rural communities. As such, WOLA amplifies these communities’ voices since they are key to guaranteeing comprehensive peace in the country.

WOLA advocates for policies that defend these communities and their social leaders, for an integral implementation of Colombia’s FARC peace accord, negotiated solutions to security challenges, the dismantlement of illegal armed groups, human rights and justice for victims. After nearly 50 years of conflict, the Colombian government ratified a historic peace agreement with the guerrilla group, the Revolutionary…

After nearly 50 years of conflict, the Colombian government ratified a historic peace agreement with the guerrilla group, the Revolutionary…

Support their Work. Protect their Lives.

Our experts on Colombia 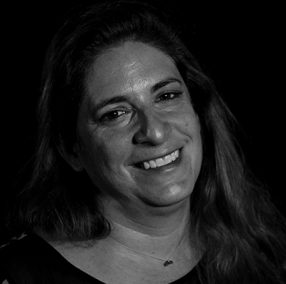 Gimena Sánchez-Garzoli is the leading Colombia human rights advocate at the Washington Office on Latin America (WOLA). Ms. Sánchez is an expert on peace and illegal armed groups, internally displaced persons, human rights and ethnic minority rights. Her work has… Support their Work. Protect their Lives.

U.S. Actor Kendrick Sampson: ‘As Colombia Rises for Social Reform, Afro-Colombians Need Solidarity in Their Fight for Justice and Peace’