A new joint research project between the Washington Office on Latin America (WOLA) and the Sheller Center for Social Justice at Temple University Beasley School of Law supplies lawyers with an annotated index of documents that can be used to support the asylum claims of those forced to flee El Salvador, Guatemala, and Honduras. The index, organized into a series of Annotated Tables of Contents (ATOCs), aims to give attorneys compelling information on country conditions in Central America’s Northern Triangle region, detailing “state complicity”—how government actors in the region are unable and unwilling to protect individuals fearing persecution at the hands of non-state actors.

Central America is one of the most violent regions in the world, largely due to the failure of the region’s governments to provide basic protections to citizens facing threats such as gang recruitment, extortion, LGBTQ hate crimes, or gender-based violence. There are few options for those facing threats—youth services are limited, economic opportunities are scarce, justice systems fail to uphold the rule of law, and police forces are ineffective and sometimes in league with local gangs. Consequently, vulnerable families, women, children, and LGBTQ people who are victims of violence are forced to flee their communities, often heading for the perceived safety of the United States. Eventually, many of these individuals apply for asylum because they have little confidence that their governments can protect them.

WOLA supports efforts to produce long-term change in the region, including efforts to strengthen the rule of law, attack corruption, and extend violence prevention programs. At the same time, protection is needed for the rights of vulnerable asylum seekers fleeing Central American violence and persecution. The asylum process in the United States is complicated and the Trump administration has continually pushed to make it harder for applicants to qualify for asylum. Detailed research and expertise can provide a powerful countermeasure to this injustice, equipping attorneys to defend the thousands of vulnerable families and children requesting asylum.

With decades of on-the-ground experience in Central America, WOLA’s experts are frequently asked to serve as expert witnesses in asylum cases. Given the growing needs of the legal community, and out of a desire to provide more support for asylum seekers, WOLA has partnered with the Sheller Center for Social Justice at Temple University Beasley School of Law on a project to produce a set of resources that provides detailed information on country conditions that lawyers can use to support these asylum claims.

As part of this collaboration, WOLA and Temple Law reached out to asylum lawyers to determine priority issues to research and present through an online index. These ATOCs provide asylum lawyers and their clients with carefully tailored research, demonstrating that the governments of Guatemala, El Salvador, and Honduras are unable and unwilling to protect individuals fearing persecution at the hands of non-state actors. The student researchers have found information that is typically harder to locate, either because it is in Spanish, comes from local in-country news sources, or simply requires some digging to unearth.

The ATOCs focus on state complicity in harms perpetrated by gangs and other non-state actors. Additional, shorter ATOCs analyze state complicity specific to women facing domestic violence and other gendered harms, members of the LGBTQ community, and children, all of whom face persecution by non-state actors. These materials are being produced for Guatemala, El Salvador, and Honduras—countries from which increasing numbers of asylum seekers are coming.

To access these materials, please visit the following website maintained by the Sheller Center for Social Justice at Temple University Beasley School of Law. 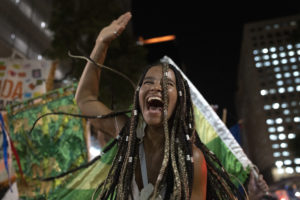