WOLA Report: Access to Justice for Migrants in Mexico

by Ximena Suarez-Enriquez and Maureen Meyer
Download the Report
Background

Since 2014, there has been a drastic increase in the number of migrants traveling through Mexico that are fleeing violence and threats from gangs in their home countries and who are fighting, literally, for their lives. The majority come from Central America’s Northern Triangle—Guatemala, El Salvador, and Honduras. As they journey through Mexico, they often face more violence and, just like in their countries of origin, the crimes and abuses they fare victim to are almost never investigated or punished. Although Mexico claims to “prioritize the protection of the human rights of migrants,” migrants’ testimonies reveal a different reality: extortion, kidnapping, torture, sexual abuse and rape, homicide, robbery, and disappearances of migrants are all frequent occurrences. Mexican authorities have implemented a number of measures to investigate crimes against migrants. For example, in 2015, under pressure from civil society organizations, the federal Attorney General’s Office (Procuraduría General de la República, PGR) created the Unit for the Investigation of Crimes for Migrants (Unidad de Investigación de Delitos para Personas Migrantes, UIDPM) tasked with investigating federal crimes committed against or by migrants in Mexico. It also established the Mechanism for Foreign Support (Mecanismo de Apoyo Exterior, MAE), which allows migrants and their families to report crimes that occurred in Mexico from abroad. Since 2008, seven states—Chiapas, Oaxaca, Veracruz, Coahuila, Tabasco, Campeche, and Quintana Roo—have opened prosecutor’s offices or offices specialized in investigating crimes against migrants. Nonetheless, Mexico continues to prioritize the detention and deportation of migrants—a policy that has prompted an upsurge in crimes and human rights violations against migrants—and it has not treated with the same urgency the need to develop more effective mechanisms for investigating the crimes and abuses against them. Access to justice is secondary, impunity is the general rule, and successful investigations are the exception. In this report, we analyze whether the creation of these special prosecutor’s offices, units, and mechanisms have helped to reduce impunity for crimes and human rights violations committed against migrants.

The final section of this report presents proposals and recommendations on how to improve migrants’ access to justice in Mexico. 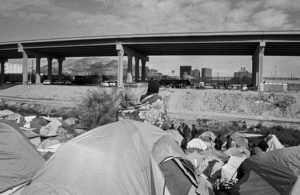